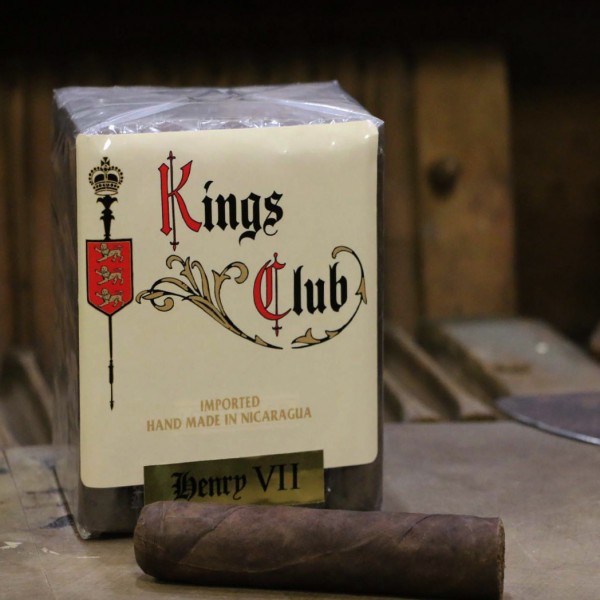 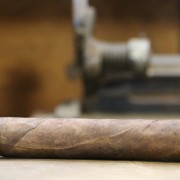 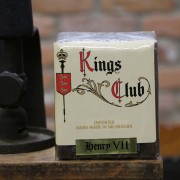 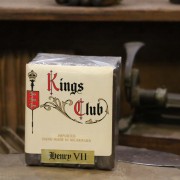 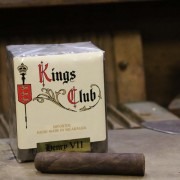 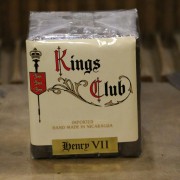 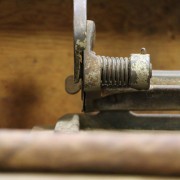 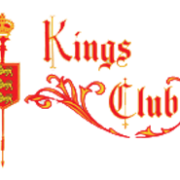 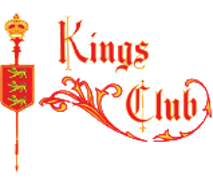 Kings Club – Brought to the United States after Cuba’s War of Independence which ended in 1898. The first U.S. ownership can be traced back to August 5, 1904 to the American Lithograph Company. This brand was acquired by the Ruy Suarez y Cia. cigar factory in Tampa, Florida and introduced on November 3, 1924 as a “Clear Havana” cigar. A term used for cigars made of all Cuban tobacco. Ownership was later acquired by Vincent Ruilova in 1943 and remained a “Clear Havana” cigar until the American Trade Embargo with Cuba in 1961.

As a tribute to its long and prestigious history, Vincent & Tampa Cigar Company would like to re-introduce our Kings Club brand, now Hand Made in Spanish Honduras. Using only the finest Cuban Seed Dominican Long Filler and Binder with an Ecuador Wrapper all meticulously cured and processed to perfection. The results giving each Kings Club cigar, an extraordinary smooth yet rich flavor made for a king.

Packed in a distinctive Spanish Cedar box which insures their quality and prestige. Available in four different shapes and sizes to satisfy even the most discriminating cigar aficionados.